The San Antonio housing market recorded more than 23,000 home sales last year, the highest number since the height of the real estate boom.

Last year, 23,390 homes were sold in the area, according to data from the San Antonio Board of Realtors. The most home sales on record for the San Antonio area was 25,286 in 2006.

In 2013, the median home price for a single-family home was $170,200. Prices are expected to rise this year as housing inventory continues to tighten. If you are on the fence about buying just remember if you are out there looking now is not the time to hesitate to make a move. If you find a home you like and at a price you like move on it, if not someone else will. Good quality priced homes are not lasting long.

For more information or to get your buying process started please give our office a call today!

What home improvements really pay off when the time comes to sell your house?
That’s an important question for any homeowner contemplating moving or remodeling. And the only possible answer is a somewhat complicated one.

That answer starts with the fact that really major improvements – room additions, total replacements of kitchens and baths, etc., — rarely pay off fully in the near term. It ends with the fact that small and relatively inexpensive changes can pay off in a big way in making your home attractive to buyers if your decision is to move now.

It’s a simple fact, consistently confirmed across America over a very long period of time, that even the most appropriate major improvements are unlikely to return their full cost if a house is sold within two or three years.

Does that mean that major home improvements are always a bad idea? Absolutely not. It does mean, though, that if your present house falls seriously short of meeting your family’s needs you need to think twice – and think carefully – before deciding to undertake a major renovation. Viewed strictly in investment terms, major improvements rarely make as much sense as selling your present home and buying one that’s carefully selected to provide you with what you want.

Even if you have a special and strong attachment to the house you’re in and feel certain that you could be happy in it for a long time if only it had more bedrooms and baths, for example, there are a few basic rules that you ought to keep in mind.

Probably the most basic rule of all, in this regard, is the one that says you should never –unless you absolutely don’t care at all about eventual resale value – improve a house to the point where its desired sales price would be more than 20 percent higher than the most expensive of the other houses in the immediate neighborhood.

If you decide to do what’s usually the smart thing and move rather than improve, it’s often the smaller, relatively inexpensive improvements that turn out to be most worth doing.
The cost of replacing a discolored toilet bow, making sure all the windows work or getting rid of dead trees and shrubs in trivial compared with adding a bathroom, but such things can have a big and very positive impact on prospective buyers. A good broker can help you decide which expenditures make sense and which don’t, and can save you a lot of money in the process.

I surely hope this information is of great value to you and please give us a call with any questions.

Styles of houses vary across the country. From the New England Cape Cod to the Victorians of San Francisco, the choices are almost endless. Knowing which style you prefer is one of the basic elements in your hunt for the perfect home.
Following is a quick guide to help you recognize and use the professional terms for many of the most prevalent house styles:
• Ranch: these long, low houses rank among the most popular types in the country. The ranch, which developed from early homes in the West and Southwest, is one-story with a low pitched room. The raised ranch, which is also common is the U.S.. has two levels, each accessible from the home’s entry foyer, which features staircases to both upper and lower levels.
• Cape Cod: this compact story-and-a-half house is small and symmetrical with a central entrance and a step, gable roof. Brick, wood or aluminum siding are the materials most commonly seen.
• Georgian: Popular in New England, the Georgian has a very formal appearance with tow or three stories and classic lines. Usually built of red brick, the rectangular house has thin columns alongside the entry, and multi-paned windows above the door and throughout the house. Two large chimneys rise high above the roof at each end.
• Tudor: modeled after the English country cottage. Tudor styling features trademark dark-wood timbering set against light-colored stucco that highlights the top half of the house and frames the numerous windows. The bottom half of the house is often made of brick.
• Queen Anne/Victorian: Developed from styles originated in Great Britain, these homes are usually two-story frame with large rooms, high ceilings and porches along the front and sometimes sides of the house. Peaked roofs and ornamental wood trim, many times referred to as “gingerbread,” decorate these elaborate homes.
• Pueblo/Santa Fe Style – Popular in the Southwest, these homes are either frame or adobe brick with a stucco exterior. The flat rood has protruding, rounded beams called vigas. One or two story, the homes feature covered/enclosed patios and an abundance of tile.
• Dutch Colonial – the Dutch Colonial has two or tow-and-one-half stories covered by a gambrel roof (having two lopes on each side, with the lower slope steeper than the upper, flatter slope) and eaves that flare outward. This style is traditionally make of brick or shingles.
• New England Colonial – This two-and-one-half story early American style is box like with a gable roof. The traditional material is narrow clapboard siding and a shingle roof. The small-pane, double-hung windows usually have working wood shutters.
• Southern Colonial –this large, two-to-three-story frame house is world famous for its large front columns and wide porches.
• Split-levels: Split-level houses have one living level about half a floor above the other living level. When this type of home is built on three different levels, it is called a tri-level.

These are just a few of the many styles of homes available across the country – some are more prominent in different areas than others. Knowing home style terms will help you zero in on the type of house that will fill your needs and suit your taste.

Please call us to speak with one of our professionals today! 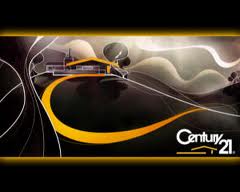 Purchasing a home can be a complicated and confusing process, especially for first-time buyers. Throughout the process, first-time home buyers will encounter a variety of unfamiliar real state terms. There are several key terms associates with purchasing real estate that are helpful to learn.
For example, many buyers confuse the terms broker and salesperson. A broker is a properly licensed individual, or corporation, who serves as a special agent in the purchase and sale of real estate, a salesperson is an individual employed or associated by written agreement by the broker as an independent contractor. The salesperson facilitates the purchase or sale of real estate.
Once you decide to purchase, a salesperson will prepare a sales contract to present to the seller along with your earnest money deposit. The sales contract is the document through which the seller agrees to give possession and title of property to the buyer upon full payment of the purchase price and performance of agreed-upon conditions. The earnest money is a buyer’s partial payment, as a show of good faith, to make the contract binding. Often, the earnest money is held in an escrow account. Escrow is the process by which money is held by a disinterested party until the terms of the escrow instructions are fulfilled.
After the buyer and seller have signed the contract, the buyer must obtain a mortgage note by presenting the contract to a mortgage lender. The note is the buyer’s promise to pay the purchase price of the real estate in addition to a stated interest rate over a specified period of time. A mortgage lender places a lien on the property, or mortgage, and this secures the mortgage note.
The buyer pays interest money to the lender exchange for the use of money borrowed. Interest is usually referred to as APR or annual percentage rate. Interest is paid on the principle, the capital sum the buyer owes. Interest payments may be disguised in the form of points. Points are an up-front cost which may be paid by either the buyer or seller or both in conventional loans.
In general, there are two types of conventional loans that a buyer can obtain. A fixed rate loan has the same rate of interest for the life of the loan, usually 14 to 30 years. An adjustable rate loan or adjustable rate mortgage (ARM) provides a discounted initial rate, which changes after a set period of time. The rate can’t exceed the interest rate cap or ceiling allowed on such loans for any one adjustment period. Some ARMs have a lifetime cap on interest. The buyer makes the loan and interest payments to the lender through amortization, the systematic payment and retirement of debt over a set period of time.
Once the contract has been signed and a mortgage note obtained, the buyer and seller must legally close the real estate transaction. The closing is a meeting where the buyer, seller and their attorneys review, sign and exchange the final documents. At the closing, the buyer receives the appraisal report, an estimate of the property’s value with the appraiser’s signature, certification and sporting documents. The buyer also receives the title and the deed. The title shows evidence of the buyer’s ownership of the property while the deed legally transfers the title from the seller to the buyer. The final document the buyer receives at closing is a title insurance policy, insurance against the loss of the title if it’s found to be imperfect.
Buyers should plan on a least four to twelve weeks for a typical real estate transaction. The process is difficult and at times, intimidating. A general understanding of real estate terminology and chronology of the transaction, however, will help any real estate novice to confidently buy his or her first home.

Please give us a call to set an appointment with one of our agents today!